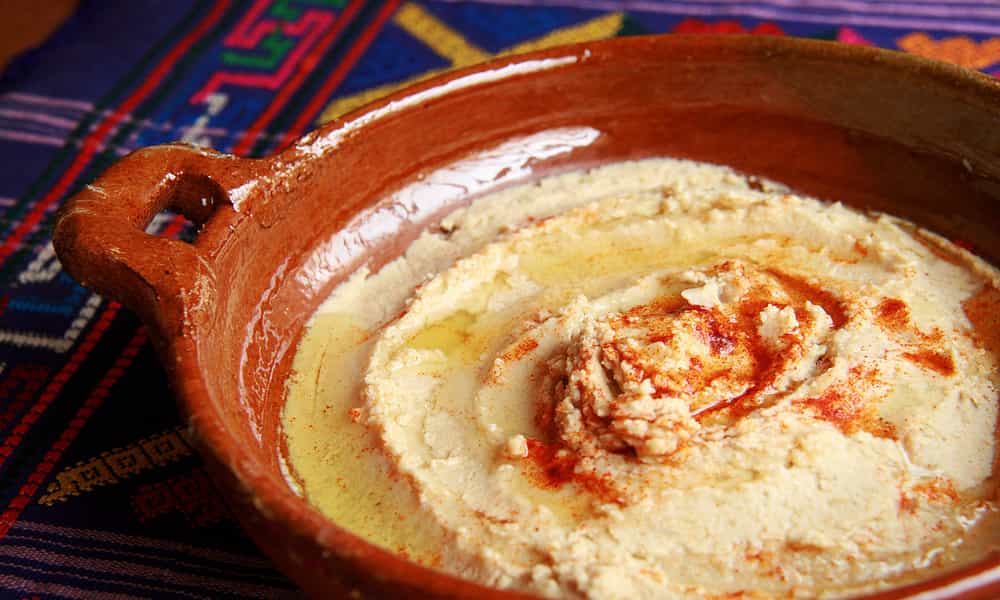 Knowing how long you can enjoy that Leftover Party Dip

Hummus is a vastly popular dip at parties and other social events, and that means that a great deal of it is usually brought to satisfy everyone’s cravings. But there’s generally so much that a lot of hummus is left after the fact, and rather than throw it away, you might be wondering just how long you can continue to make use of it before it goes bad.

The same is true for store-bought hummus since it is unlikely that you will eat it all at one time, so you’ll probably want to know for certain if you should trust the date on the product or if you can keep it around a little longer for later enjoyment.

​The information we’re going to share with you here will help you determine how long your favorite hummus will last, how you can maximize its shelf life in your home, and how to determine if it is still safe to consume after some time in storage. Regardless of your homemade recipe, favorite store-bought brand, or special ingredient, we’ll help you figure out how long your hummus is good for.

How Long Does Hummus Last and What Factors Contribute to It?

Hummus comes in many different varieties, and also has many potential ingredients and factors to consider when it comes to its shelf life. Some types of hummus may last longer than others, and whether it is homemade or store bought can also make a significant difference in how many days your hummus will stay good for. Most of all, it depends on how well you keep it preserved after it has been opened, which applies to any type of hummus you get, be it homemade or off a shelf.

Even so, there are a lot of other, small things to consider that might greatly affect how long your hummus will last. You also need to consider how it was made, the best by date if there is one, and whether or not you made with your hummus as part of a dish rather than by itself. We’ll talk about all of this in greater detail so you can take every factor into account when considering whether or not your hummus is still safe to eat.

If there’s one critical factor that affects the lifetime of hummus more than anything else, it is whether or not that hummus was bought off a shelf or made by hand in your kitchen. There are actually many reasons why this is such a big contributor to hummus shelf life, but the most important one is a fact many people don’t like to acknowledge thanks to its social stigma.

That distaste for added unnatural ingredients is perfectly valid, but there’s still no denying that added preservatives have a very significant effect on the overall lifespan of any sort of hummus, because hummus with added preservatives like potassium benzoate and potassium sorbate will last almost twice as long as hummus without it, remaining fresh for about a week before it is unsafe to eat, while unpreserved hummus generally only lasts four days before spoiling.

Homemade hummus lasts as long as its shortest lasting ingredient. When you make your own hummus, you can put almost anything you want in it, convention is damned. But since this is the case (and you probably won’t be adding any of those aforementioned preservatives), the hummus you make at home doesn’t have a set date for expiration like most packaged hummus does. For one, the lack of preservatives means it won’t last as long anyway, but if you put an ingredient that spoils quickly in your dish, then the hummus will only be good as long as that ingredient is good.

The best by date is not the same as an expiration date. You have probably seen the ‘best by’ date on a lot of different products that you purchase and assume that this date is the indicator of when that product is no longer safe to eat. However, this is not the case. The best by date on any package is an indicator of quality; it is the time that the producer states the product to be the best tasting, but many food items can still be good to consume several days after a best by date passes, and unopened, unrefrigerated hummus can last up to a month past that point.

#2 How to Store Hummus for Maximum Longevity

While nearly every type of food product will spoil eventually, there are many ways to extend their life so you can enjoy it later. Because there are different types of hummus, such as refrigerated and unrefrigerated, there are several different factors to consider how each one has to be stored. Knowing when your hummus needs to be refrigerated and when it doesn’t will help you keep it fresh for as long as possible.

If you decide to buy unrefrigerated hummus, it will be safe to eat for approximately a month after the best by date as long as you keep it sealed and at room temperature (high temperature exposure could spoil it), but after it is opened you’ll need to put the leftovers in an airtight container and refrigerate it, at which point its life will generally be seven days. Refrigerated hummus needs to be kept in the refrigerator right from the start, and will still only be safe to consume for seven days even if you do not open it.

Maintain clean containers and utensils to remove the danger of food contamination. It is an unlikely possibility at best, but you never really know what kind of bacteria is thriving on a dish or utensil that you haven’t run through the dishwasher recently, and you don’t know how that bacteria could react to your hummus and how it could impact its overall shelf life. It may sound a more than a little paranoid and unnecessary, but since it is always better to be safe than sorry, only ever use dishes and utensils that you know are clean to maximize the shelf life of leftover hummus that you want to keep for later.

If you want to keep hummus for an especially long time, freezing it is a viable option. Like a lot of other foods, your hummus will last significantly longer in the freezer than it will in the refrigerator, and hummus is capable of being frozen without negatively affecting its taste or texture too much.

But while this is true, it is worth noting that different varieties of hummus (different brands, ingredients, etc.) will endure different effects upon being frozen. Some may thaw and have strange consistencies or not taste quite as good as you remember, so you may want to experiment and see how your favorite brand handles being frozen and thawed before you try to extend its shelf life in the freezer.​​​​

#3 How to Tell if Your Hummus Has Spoiled

No matter what kind of hummus you get, be it refrigerated or not, preserved or unpreserved, and even if you store it properly, it will eventually go bad, and likely be unhealthy and unsafe to eat. There is no definite, incontestable way to confirm that hummus is spoiled, but there are plenty of general things to look out for that will help you determine if a jar of leftover dip or a month-long unopened can of hummus is worth the risk of eating.

There’s no better indicator of spoilage than mold. If you open a container of hummus and there happens to be mold growing on the surface of the sauce, then it is painstakingly obvious that you should definitely not eat it. It could be a specific foodborne illness, or your hummus could just be a few days too old, but regardless of the cause, you should definitely throw the hummus away if there is even the slightest speck of mold growing in it.

If the hummus smells bad, then it almost definitely is bad. Your nose is not a flawless instrument when it comes to detecting food spoilage, but it can generally tell if something is unappetizing because it isn’t fresh anymore. Hummus generally doesn’t have much of a smell at all unless garlic or cilantro has been added to it, so if you have even the slightest doubt about whether or not the hummus in your refrigerator is safe to eat, sniff it.

If it smells sour in any way, you should definitely throw it out; it might technically still be safe to eat at that point, but it is definitely nearing the health threshold and there’s no way to know if it’ll make you sick, so just play it safe and throw it away if it doesn’t smell like the ingredients you put in it.

Look out for total oil separation in your hummus. Partial oil separation occurs fairly often in a wide array of different products, such as mustard, sour cream, and peanut butter; it also happens to hummus sometimes, and you can usually just give the sauce a good stir to get things back to normal consistency, with no health risks. Complete oil separation, where the oil has just split from the base entirely and greatly affected the texture, is a good indication that you should throw the product away (it can be hard to tell the difference between partial and complete, but the latter usually has a lot more loose oil flowing around).

Ten days is the max limit for any type of opened hummus, outside of frozen storage. As stated before, preserved hummus generally lasts seven days, and unpreserved hummus lasts about four. We don’t recommend eating either of these types of hummus after those limits, but you could probably squeeze a few extra days out of refrigerated hummus if you were really desperate: that said, any hummus that is ten days or older should be discarded. It could technically still be safe to consume, but at that point you are better off being safe than sorry, and simply getting rid of it.

Why Is It Important to Know All of This?

Foodborne illnesses are a major danger to everyone, and one of the most common ways to contract a foodborne illness is to consume food that has gone past its optimal shelf life and spoiled. Hummus is no exception, and while not as dangerous to eat spoiled as something like meat, its ability to grow mold over time means it can still present a serious health hazard if you don’t know when it is and isn’t safe to consume.

Knowing the shelf life of different store bought types of hummus, the difference in homemade hummus without preservatives, and the soft limits of all hummus longevity helps you keep yourself and your family safe from the potential health hazards caused by food spoilage. By knowing this information, you’ll not only be able to keep them in mind when choosing what kind of hummus to buy and eat, but you’ll always be able to play it safe in regards to potentially spoiled hummus.